Today I’m delighted to help promote the latest upcoming release by talented bestselling author, Scott Bury, by posting a teaser to tempt all of you. Scott lives to entertain, writing stories that span genres and audiences. He’s been a cohort of mine for a number of years now, and I know you’ll love this latest project of his! Check out this beautiful cover: 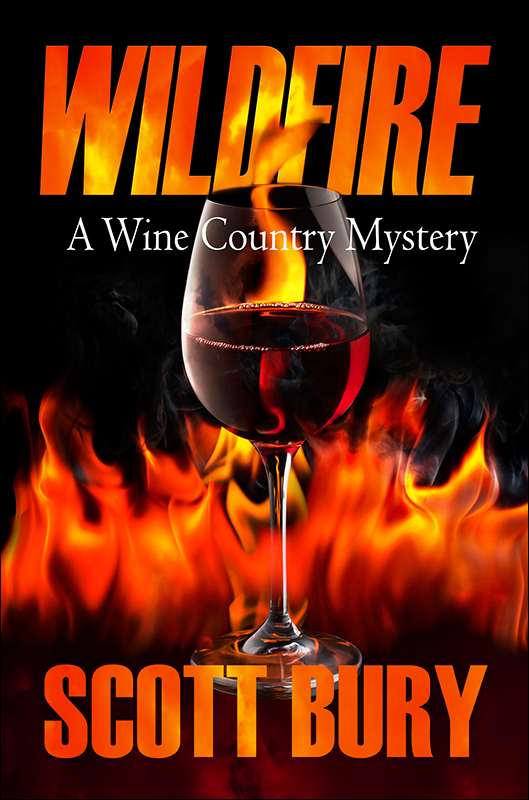 Read on to learn more about this incredible book, and be sure to buy the novel after the excerpt pulls you in!

Wildfires swept across California wine country in 2017, destroying thousands of homes and businesses, and killing dozens of people. Law school grad and single mother Tara Rezeck finds herself in the middle of the catastrophe. When she returns to her job at the most award-winning vineyard in Sonoma County, she finds her employer’s body in the ashes.

The question that challenges her brains and her legal training is: was it an accident? Or was his body burned to hide evidence of murder?

The Harris family had arrived minutes after their call, carrying baskets and bags of food.
Mrs. Harris was a small woman with thick glasses, thick, wavy brown hair and a wide, bright smile. She wrapped her arms around Veronica as soon as she saw her, rocking the larger woman gently. “Oh, my poor dear. This is just awful. Awful. I feel so badly for you, dear.” She stepped back and looked at Veronica carefully. “You are holding up so bravely. Let me tell you that if there’s anything you need—absolutely anything—all you have to do is call. We had a little damage, but nothing like your loss.”
She carried three big grocery bags into Veronica’s kitchen. Tara went to help her unpack. “Thank you, Mrs. Harris. I think this will mean a lot to Veronica.”
“Call me Janet. My name isn’t ‘Harris,’ anyway. It’s Oakley. Steven and I aren’t married, and I’m not Cameron’s mother.”
“Sorry. I guess I just assumed—”
“Perfectly understandable, dear.” Janet began unpacking produce and plastic containers of prepared food into the refrigerator. “Oh! Is the power out?”
“Is it okay at your place?”
“Yes, thankfully. We lost a lot of grapevines, and one of the outbuildings we use for storage is gone. But we have power.”
“It’s got something to do with weird wiring,” Tara explained. Janet gave her a quizzical look. “I’m not sure, but it seems that the power comes in through the garage, so with the garage gone, all the power for every building is out.”
“Well, I guess I better not leave the fridge door open, then.”
They returned to the living room. Mr. Harris wanted to see the fire damage, so Tara decided to take him and Cameron to look, leaving Veronica in the warmth of Janet Oakley.
“Did you have any damage?” Tara asked Steven Harris.
“Some to one of our outbuildings, and we lost a couple of acres of vineyard,” the elder Harris replied. He walked toward the gate that led to Rocky Creek’s vineyard.
“What happened to you?” Tara asked, pointing with her eyes at the bandage on Cameron’s arm.
“This? Oh, I ah … I fell when we were evacuating.”
“You fell on your arm?”
“Sometimes, the boy can be clumsy,” said the elder Harris. “It’s the damnedest thing.”
“What is?” Tara asked.
“How this kid can be an athlete, a rock-climber, and fall and damn near break his arm walking from the vineyard to get into the car. And you know what else is damned strange?”
“Uhhh …”
“This vineyard is between mine and the garage. It’s untouched. Damnedest thing.”
“Flying embers,” Cameron said. The other two looked at him. “Embers. That’s how wildfires spread. The wind was really strong. They’re what started the fires in the first place. Didn’t you hear? High winds knocked down a power line, and sparks started a fire. It’s been so awfully dry all summer, which made perfect conditions for a fire. Those same winds spread them fast. They blew embers from our vineyards, which are upwind here,” As if to prove his point, a gust ruffled Cameron’s curly hair. “to the DaSilva property, setting the garage on fire.”
“And skipping the vineyard completely? There are acres of property in between,” said the elder Harris.
Cameron shrugged. “They were really strong winds, remember?”
“I remember.”
“Have you ever had anything like this happen before?” Tara asked.
“Wildfires are a yearly problem in California,” the older Harris answered. “If it’s not wildfires, it’s mud slides.”
“Yes, but fires with winds like this? Skipping over large areas?”
“Wildfires are very unpredictable,” Cameron interjected. “The news reports are full of stories about how one house is burned to the ground, and the next-door neighbor is untouched.”
Cameron strode back to the garage. “Look at these bushes,” he said, pointing to a pile of charred wood on the ground between the gate and the garage. “This is where they must have landed. The bushes started burning, and that set the garage on fire. But since the wind was pushing from the east, the fire didn’t go back toward the vines. It pushed the fire into the garage. Plus, there’s always lots of flammable material in a garage.”

“Alan was always very neat and careful,” Harris growled. “He wouldn’t be one to leave flammable material lying around.” 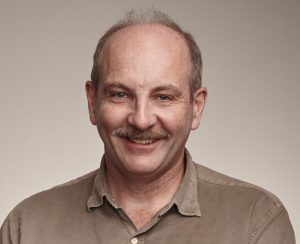 After a 30-year career as a journalist and editor, Scott Bury turned to writing fiction with a children’s story, Sam, the Strawb Part, and a story that bridged the genres of paranormal occult fiction and espionage thriller: Dark Clouds. Since then, he has published 12 novels and novellas without regard to staying in any one genre.
In 2012, he published his first novel, the historical magic realism bestseller The Bones of the Earth. His next book, One Shade of Red, was a satire of a bestseller with a similar title.
From 2014 to 2017, he published the Eastern Front Trilogy, the true story of a Canadian drafted into the Soviet Red Army in 1941, and how he survived the Second World War: Army of Worn Soles, Under the Nazi Heel and Walking Out of War.
Scott was invited to write for three Kindle Worlds, where authors base novellas on the fictional worlds of bestselling series. For Toby Neal’s Lei Crime Kindle World, he wrote Torn Roots, Palm Trees & Snowflakes, Dead Man Lying and Echoes.
For Russell Blake’s Jet Kindle World, he contributed Jet: Stealth, featuring the explosive duo of Van and LeBrun.
And for Emily Kimelman’s Sydney Rye Kindle World, he brought Van and LeBrun back for The Wife Line and The Three-Way.

Now, he is beginning a new mystery series with Wildfire, featuring the smart and passionate Tara Rezeck. Find out more about Scott and his writing on his website, ScottBury.com.