New Historical Fantasy Read: THE CHILDREN OF THE SEVENTH SON by @ScottTheWriter 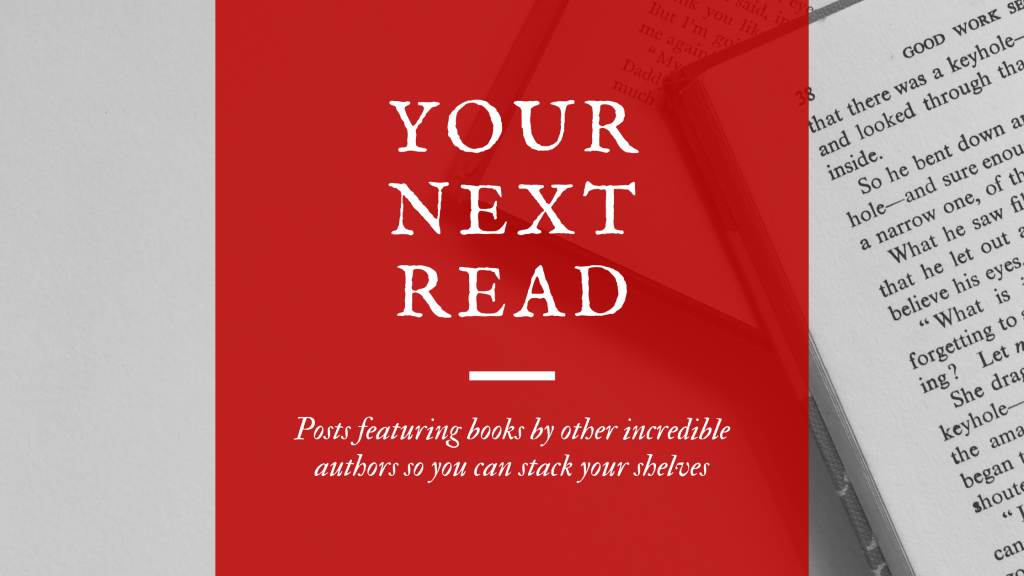 PUTTING THE SPOTLIGHT ON A NEW HISTORICAL FANTASY BOOK

Today I have the honor of featuring the upcoming historical fantasy novel The Children of the Seventh Son by author Scott Bury. This is the second book in Scott’s Dark Age series, and fans are beyond excited about it!

Scott and I first connected on social media a number of years ago, and we both currently belong to the fabulous author group BestSellingReads. He’s a terrific author and an all-around great guy, and I’m thrilled to help him celebrate his 11/13 book release! Want to learn a little more about Scott’s new book?

I thought so! Now read on and be sure to one-click your 99-cent pre-order so you don’t miss out on the savings before release day! 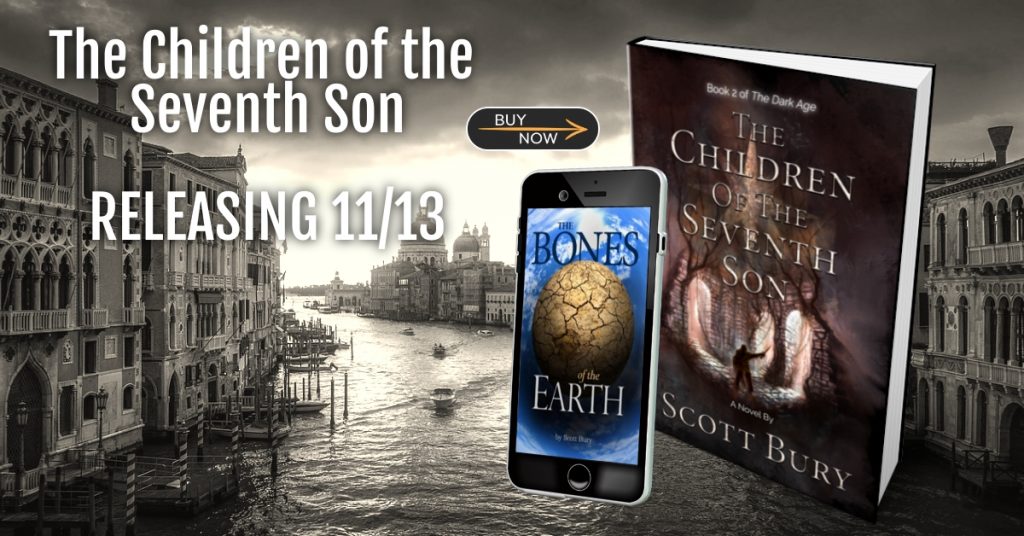 ABOUT THE CHILDREN OF THE SEVENTH SON BY SCOTT BURY

The Children of the Seventh Son is the second novel in the Dark Age series, which began with The Bones of the Earth.

The year 600 of the Christian Era is the darkest time of the Dark Age. Young Javor the Sklavene has settled in Constantinople, the last bastion of civilization against dark forces that have shattered the Western Roman Empire.

Wielding two special weapons made from the Bones of the Earth, Javor has become the favourite monster-killer of the secret Gnostic Order. As his young family grows, he is sent to distant, exotic lands to eliminate threats and learn more about why the earth is intent on destroying humanity.

Every mission seems to bring more questions than answers—until he finds the greatest danger comes not from forces from beneath the surface of the world, but from the very civilization he has been defending. 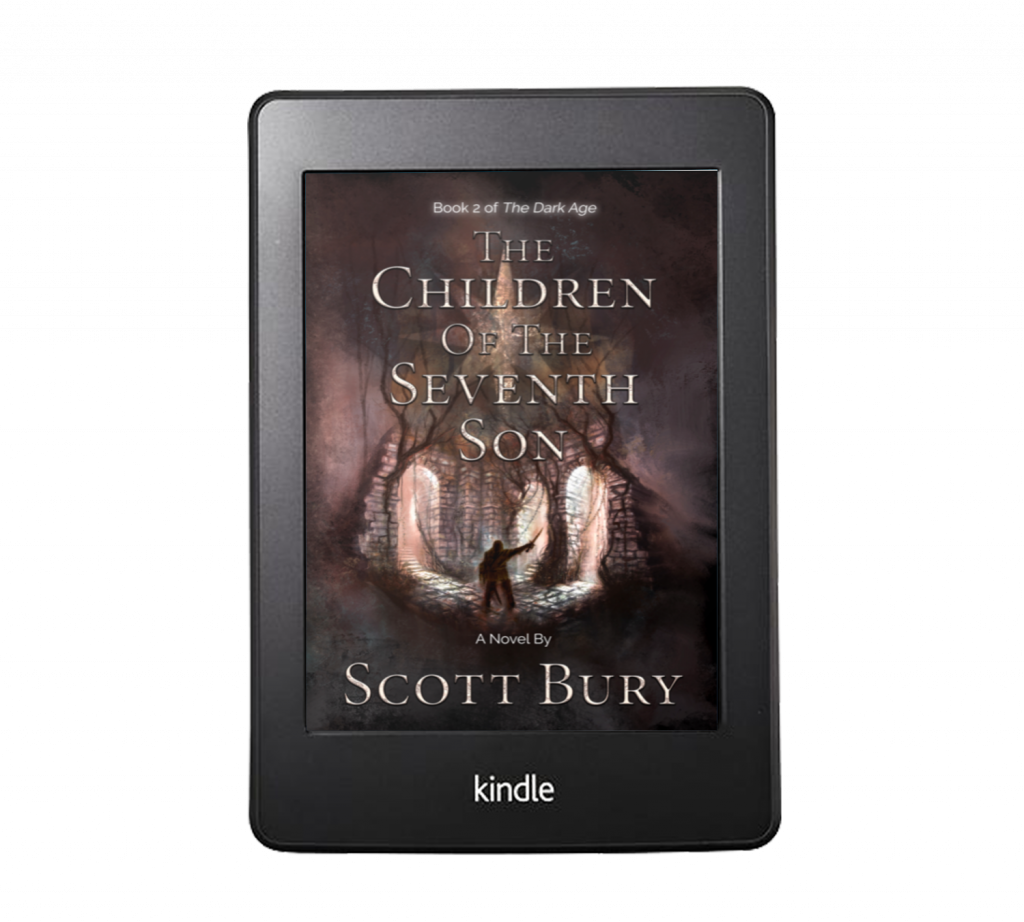 ORDER YOUR COPY OF CHILDREN OF THE SEVENTH SON TODAY!

Click on the link below to pre-order Scott’s historical fantasy book so you can enjoy an exciting read this weekend!

You can also learn more about the Dark Age series on Scott’s website. Be sure to drop by and check it out!

Now read on for an exclusive excerpt from the book.

EXCERPT FROM THE CHILDREN OF THE SEVENTH SON BY SCOTT BURY

The full moon shone on the stream’s calm surface. I didn’t know the moon would be full tonight. What is happening to me?

A dog howled again. Javor turned toward the sound and saw a stand of trees he did not recognize. Something glowed yellow and orange in its midst. He stepped toward it. He heard music, similar to the chants he had heard in the churches in Constantinople, but so quiet it was either very far away, or in his imagination. The high-pitched sound keened, whined, whistled in his mind. He shook his head, but the sound remained at the lowest edge of perception.

He pushed boughs out of his way until he saw what stood at the centre of the yellow and orange glow. A woman wearing a loose, hooded white robe stood in a small clearing, holding in one hand a lantern that gave far too much light for its size. A large black dog sat at her feet, watching Javor step into the clearing.

She lifted the lantern higher, and Javor realized she was probably less than twenty years old. Not Vorona. Her skin was flawless, her eyes wide and dark. Except for a fuller mouth, she reminded him of Elli, as she looked when he was in love with her, years earlier.

Javor, he heard, but the woman’s mouth had not moved.

It’s like talking with a dragon. “Who are you?”

YOU KNOW WHO WE ARE.

WE ARE HERE TO WARN YOU. Her appearance shifted, quickly but smoothly. Her hair suddenly was braided and coiled over her head. Her face seemed wider, somehow, her features more distinct. She looks older, Javor realized. And she no longer resembled Elli, but rather like Aunt Tiana in Constantinople.

YOU ARE UNDOING THE BALANCE.

At her feet, the dog lay down on its stomach, its eyes fixed on Javor.

YOU HAVE KILLED SOME OF THE DEEP POWER OF THE WORLD. YOU ARE TILTING THE BALANCE TOWARD THE CELESTIAL.

IT WAS SACRED TO ALL LIFE IN THIS WORLD, JAVOR. ITS DEATH WEAKENS THE EARTH.

“But it was killing people.”

YOU HAVE ENDED MANY SACRED LIVES. IF YOU CONTINUE ON THIS PATH, THE EARTH WILL BE GRAVELY WEAKENED. AS WILL HUMANITY’S FUTURE. YOU ARE CHANGING THE WORLD IN WAYS YOU WILL NOT LIKE.

“Are you saying that monsters are necessary for humanity to survive?”

YOU HAVE BEEN GIVEN PRECIOUS GIFTS. THEY PROTECT YOU FROM HARM AND EMPOWER YOU TO ACCOMPLISH GREAT DEEDS.

Javor touched the amulet under his tunic. “They don’t seem to help anyone around me.”

IT IS YOUR ACTIONS THAT RESULT IN THE DEATH OF OTHER PEOPLE. YOU WERE CHOSEN TO RECEIVE THOSE GIFTS, BUT YOU HAVE JOINED THE WAR ON THE WRONG SIDE.

She changed again. Her hair was now grey. Deep lines defined her cheeks, and skin sagged under her chin. The hand holding the lantern was thin, bones and veins distinct under withered skin. Recognition jolted Javor: she looked exactly like Sophia, the woman in Constantia who had directed him to the Order in Chalkoprateia eight years earlier, before she was killed by archons.

I AM HERE TO ASK YOU TO SEEK FOR TRUTH, JAVOR. NOT EVERYONE YOU TRUST DESERVES IT.

“Who should I mistrust?”

RETURN TO THE CITY OF CONSTANTINE AND SEEK KNOWLEDGE.

THE BONES OF THE EARTH AND THE POWER OF THE SKY.

The dog rose to its feet again and looked up at the goddess. She lowered the lantern and its light faded.

“I don’t understand,” Javor protested. He pulled the amulet out, holding it toward her, his other hand on the hilt of his dagger. “Aren’t these the bones of the earth?”

YOU CARRY THEM, BUT YOU DO NOT KNOW THEM.

YOU MUST SEEK THE KNOWLEDGE FROM THE BONES THEMSELVES. THERE ARE HUMANS WHO CAN GUIDE YOU, BUT YOU MUST TAKE GREATER CARE IN WHOM YOU TRUST.

The dog lifted its head and howled again. The lantern’s light died. Javor reached for the woman, touching only air. “Wait. Who can’t I trust?”

There was no answer. 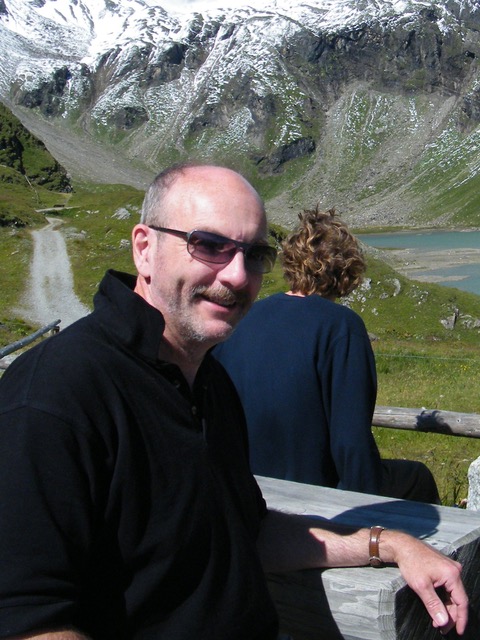 Scott Bury can’t stay in one genre. After a 20-year career in journalism, he turned to writing fiction. “Sam, the Strawb Part,” a children’s story, came out in 2011, with all the proceeds going to an autism charity. Next was a paranormal short story for grown-ups, “Dark Clouds.”

He has several mysteries and thrillers, including Torn Roots, Palm Trees & Snowflakes and Wildfire.

Scott’s articles have been published in newspapers and magazines in Canada, the US, UK and Australia.

He has two mighty sons, two pesky cats and a loving wife who puts up with a lot. He lives in Ottawa, Ontario.

Catch up with him on the sites below!