Today I am so excited to reveal the cover for A Heart So Wild, the first book in my new Atlanta Siege hockey romance series! This book came about after years and years of hints dropped by a wonderful woman named Nancy Byers combined with my hubby’s love of hockey. (Have I mentioned he’s from Canada?) It seemed natural to make this transition after completing my last baseball romance, Ready for the Curve. And let me tell you, I’ve had lots of fun watching hunky hockey players–er, researching this series!

Book Blurb for A Heart So Wild

He’s a sexy left winger for the NHL’s newest expansion team, the Atlanta Siege, and he’s a player in every sense of the word.

Callan Murphy’s on a mission: get his teammate laid.

A night out at Atlanta’s hottest nightclub is all he’ll need to find the perfect woman to blow his goalie’s … mind. But when he catches a glimpse of a dark-haired beauty standing across the dance floor, winging for his friend is the last thing on his mind.

She’s perfect, all right. Perfect for him. Now he just has to convince her of that, something he never expects to be such a challenge.

She’s a mysterious bombshell who’s about to teach him what it’s like to play in the big leagues of the heart.

Roxy Wagner’s on a mission: get her best friend laid.

When they head out to ladies’ night in search of Mr. Right Now, it doesn’t take her long to spot the two tall, dark, and stud-lies watching them from across the club. One look at the bearded hottie with the seductive heat in his eyes tells her she’s about to go up against a real player.

She should know … it takes one to know one. And she’s not interested in playing for keeps.

It starts with a night out winging for friends. How it all ends will depend on whether Callan can find a way to tame Roxy’s wild heart.

And now, the cover reveal! 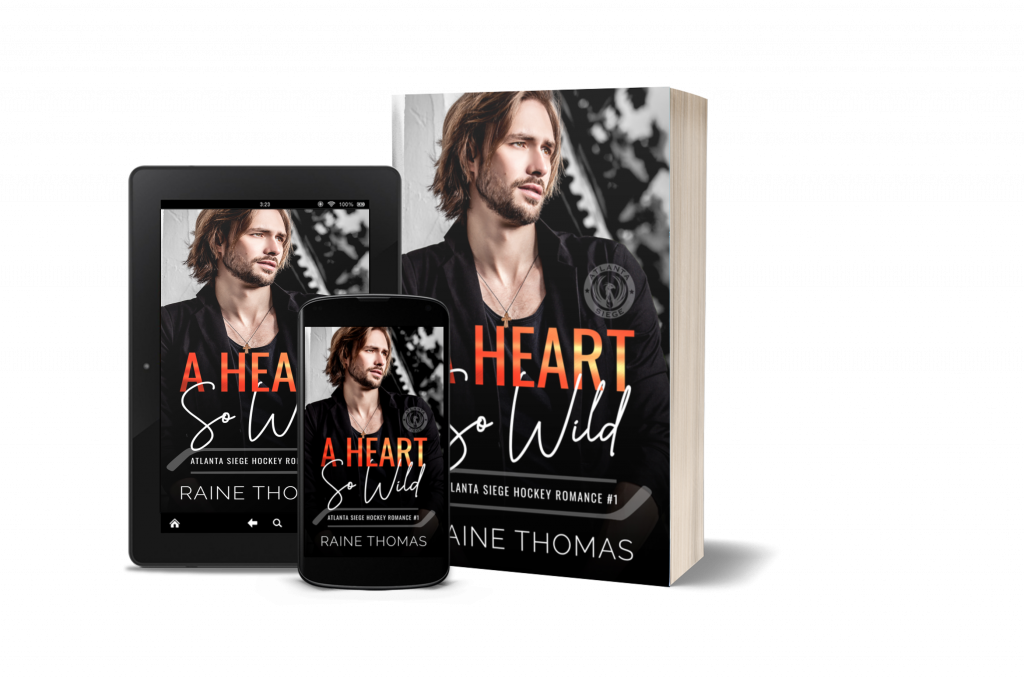 Pre-orders will go live two weeks from now on Tuesday, 9/28. I may or may not (okay, I am) going to offer A Heart So Wild at special pre-order pricing, so you won’t want to miss that!

Can’t wait to read the book? Let the Goodreads community know by adding A Heart So Wild to your To-Read list now!